The average temperature over the past seven days (July 11-17, 2016) was slightly cooler than Long Term Normal (LTN). 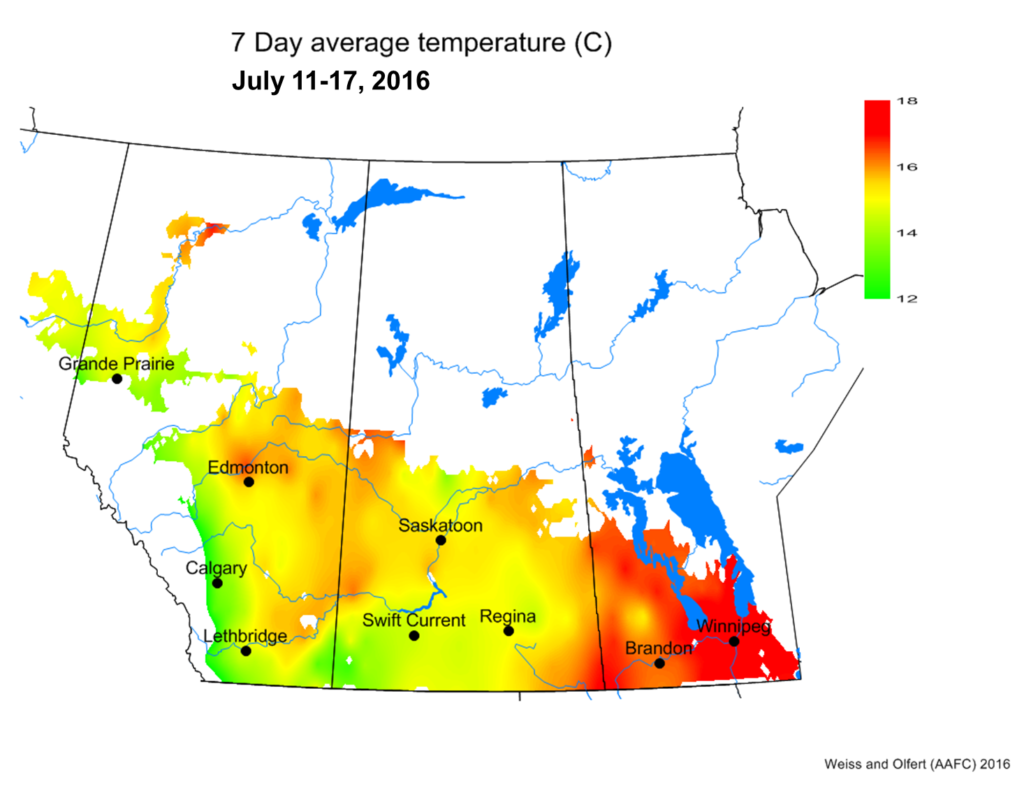 Across the southern prairies, the 7-day average cumulative rainfall was well above LTN values. 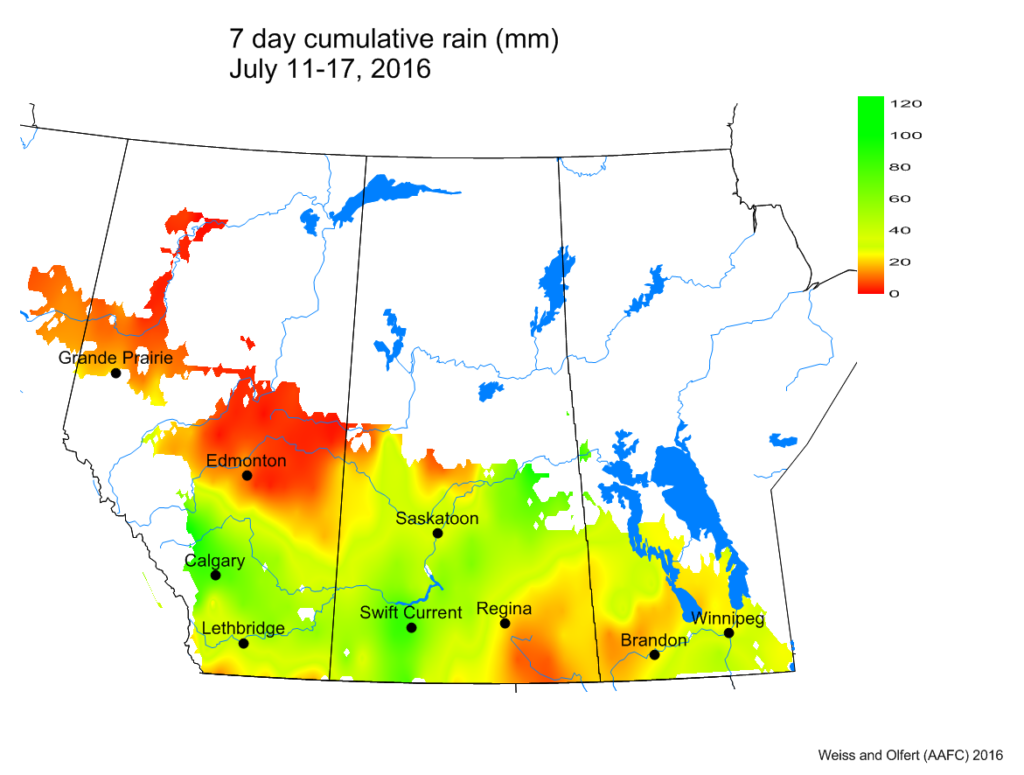 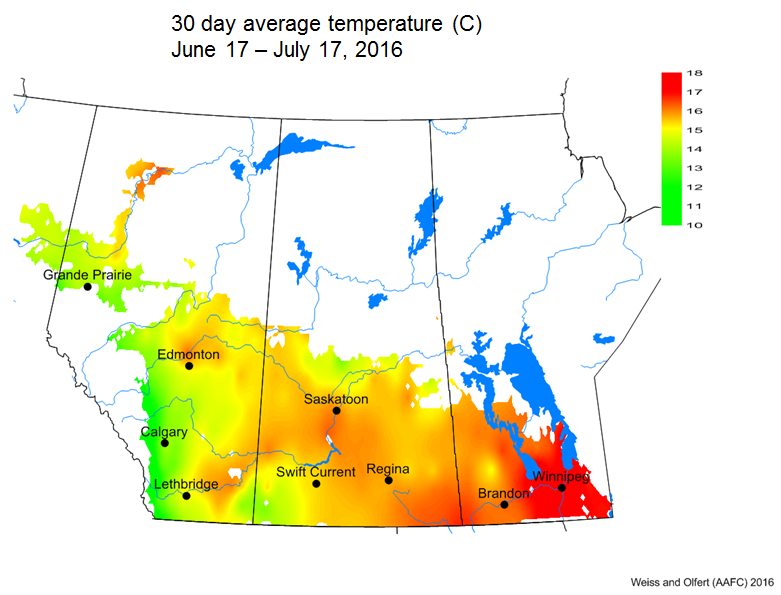 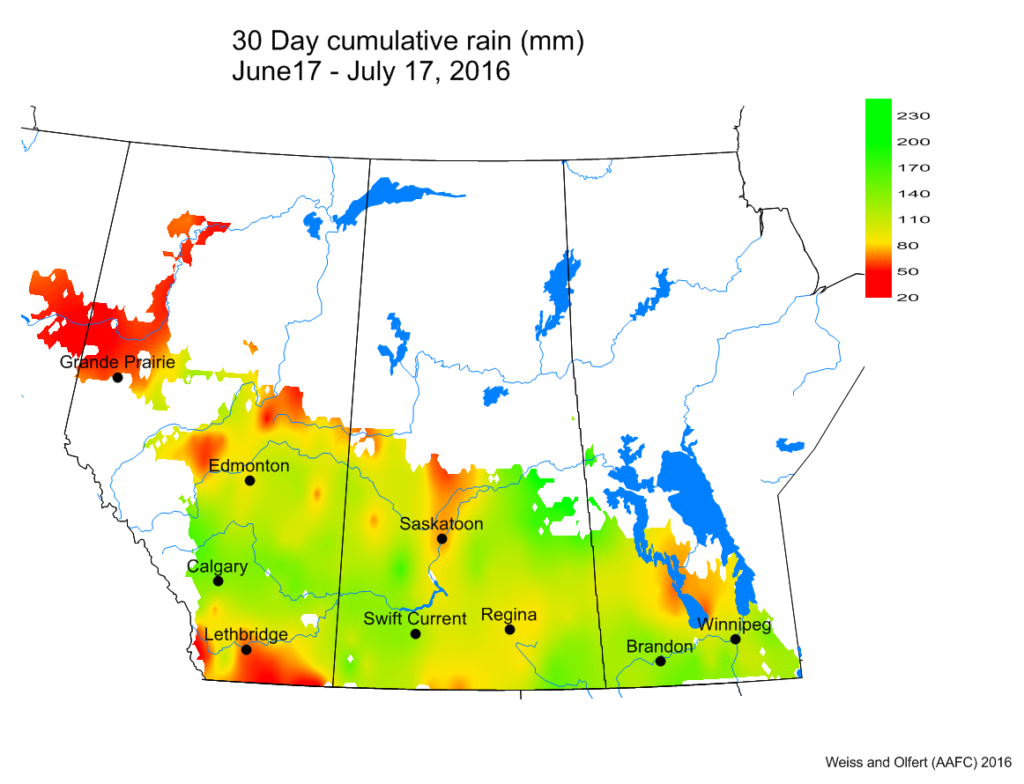 The average growing season temperature (April 1 – July 17, 2016) has been less than 1°C warmer than normal. 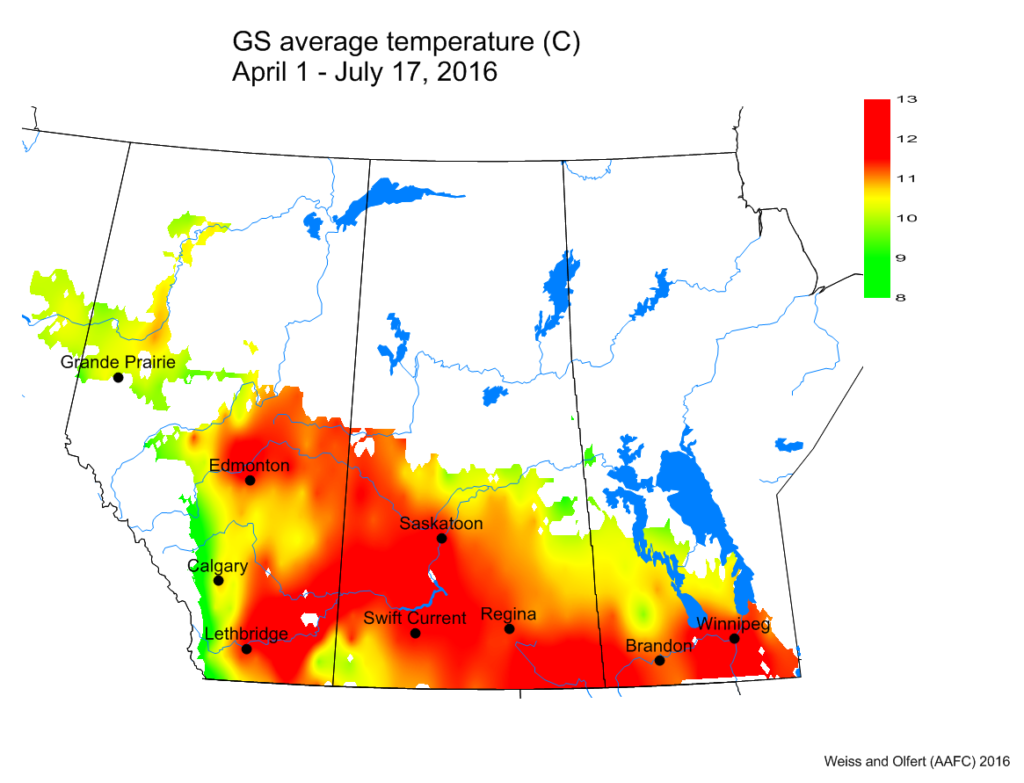 Growing season rainfall has been approximately 20% above average. 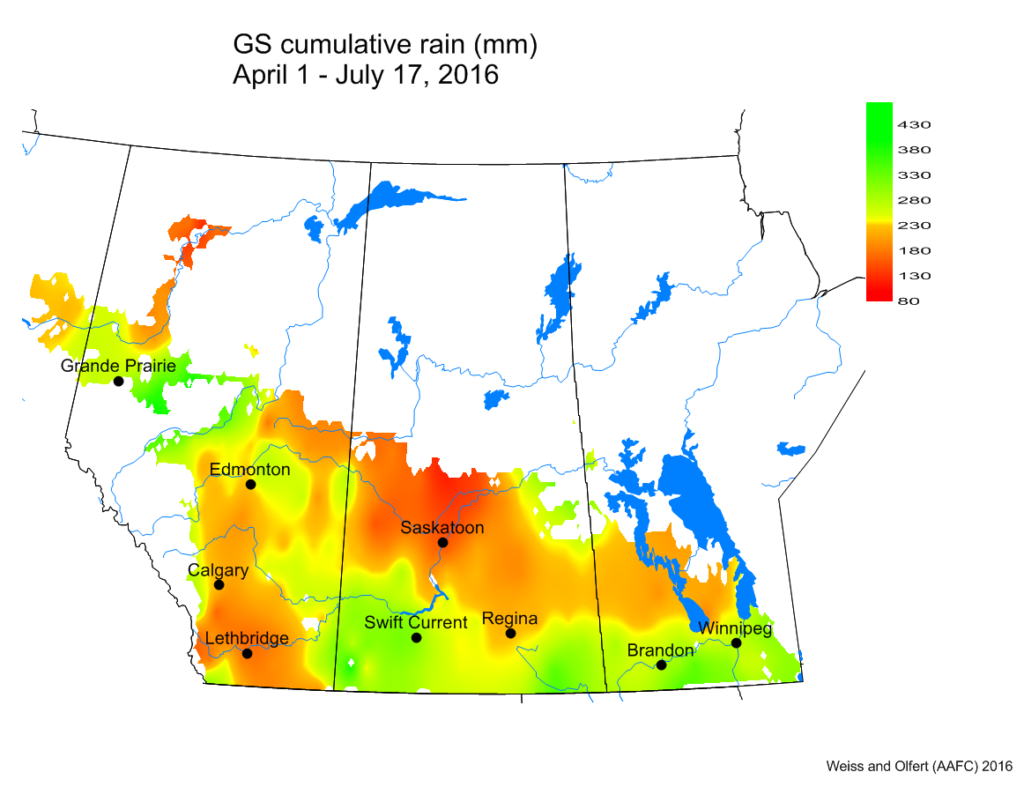 The map below is the modelled soil moisture map for the prairies (up to July 17, 2016). 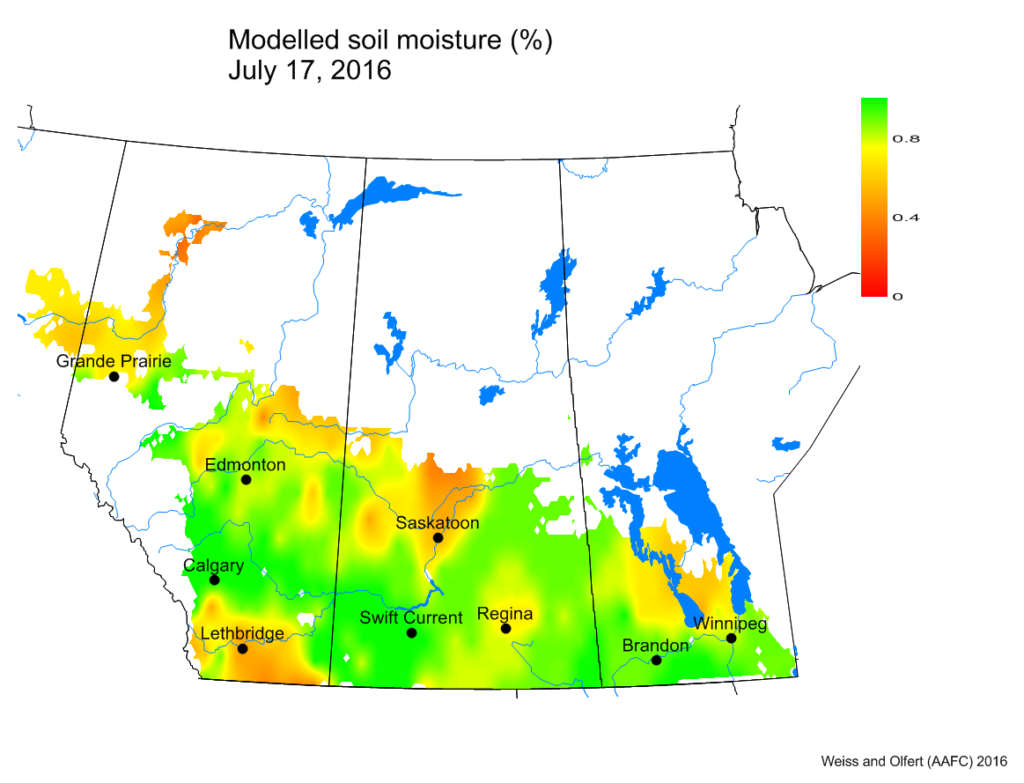 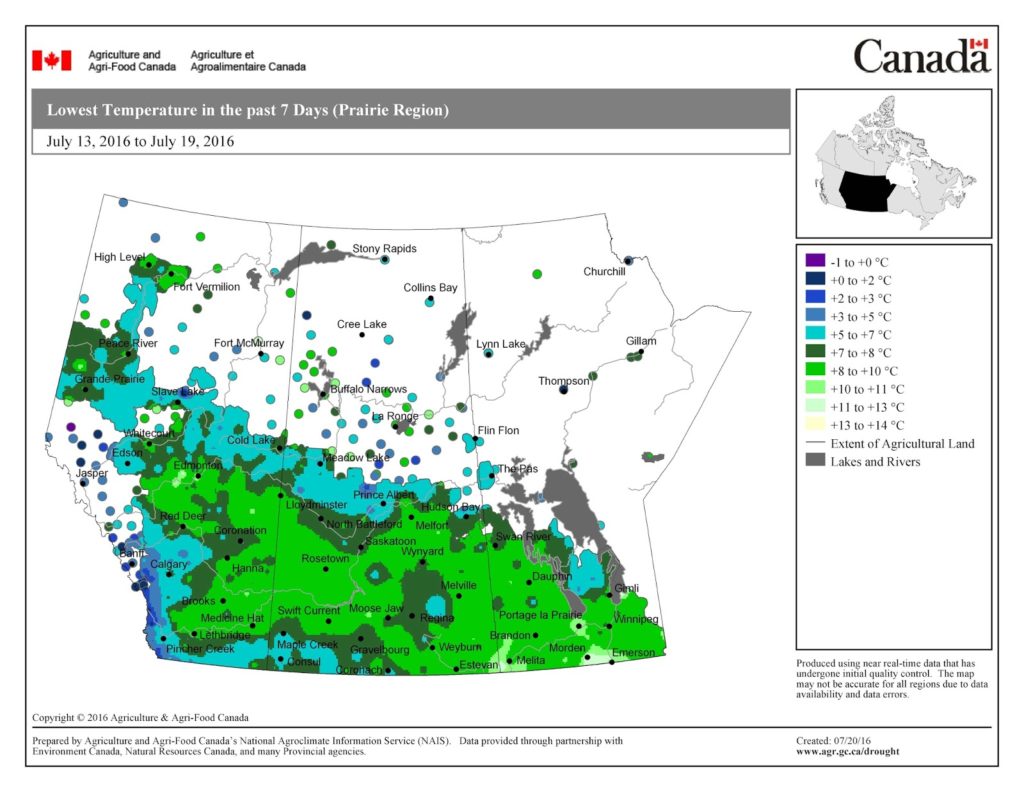 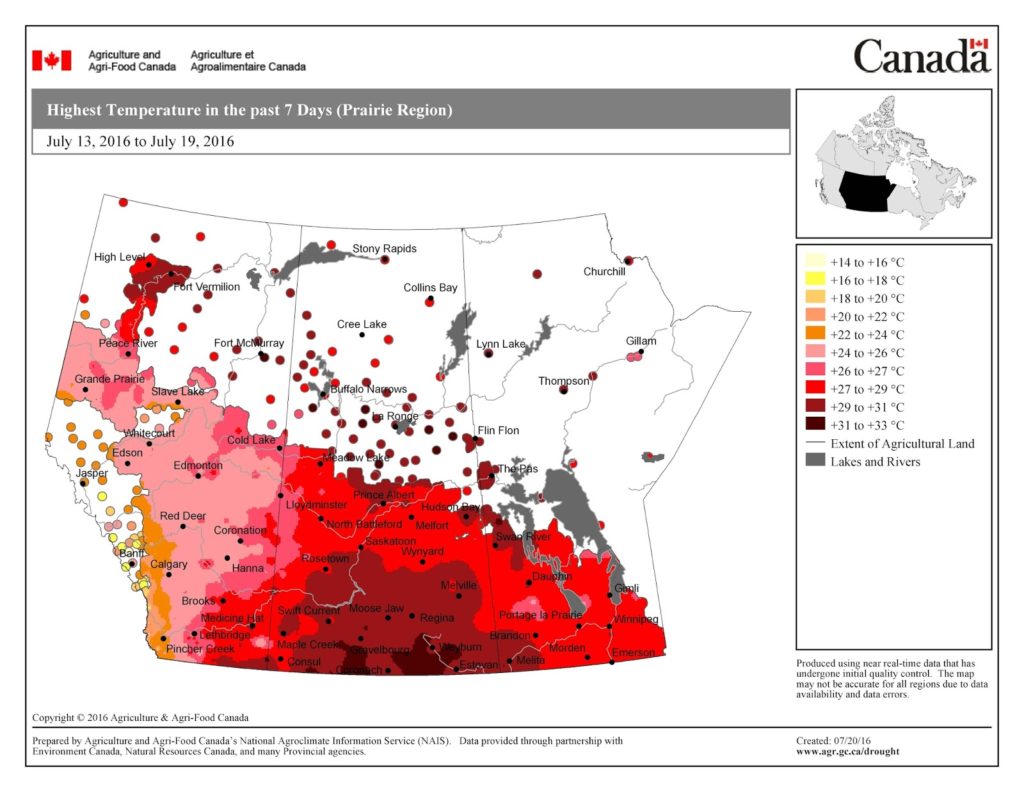 Across the prairies, meteorological conditions were similar to long term average values for May 16-23, 2016. The average temperature was 11.1 °C and was much warmer than the previous seven days (8.7 °C) and was 1 °C warmer than the average temperature.  Temperatures were generally warmer in Manitoba and eastern Saskatchewan than western Saskatchewan and Alberta. 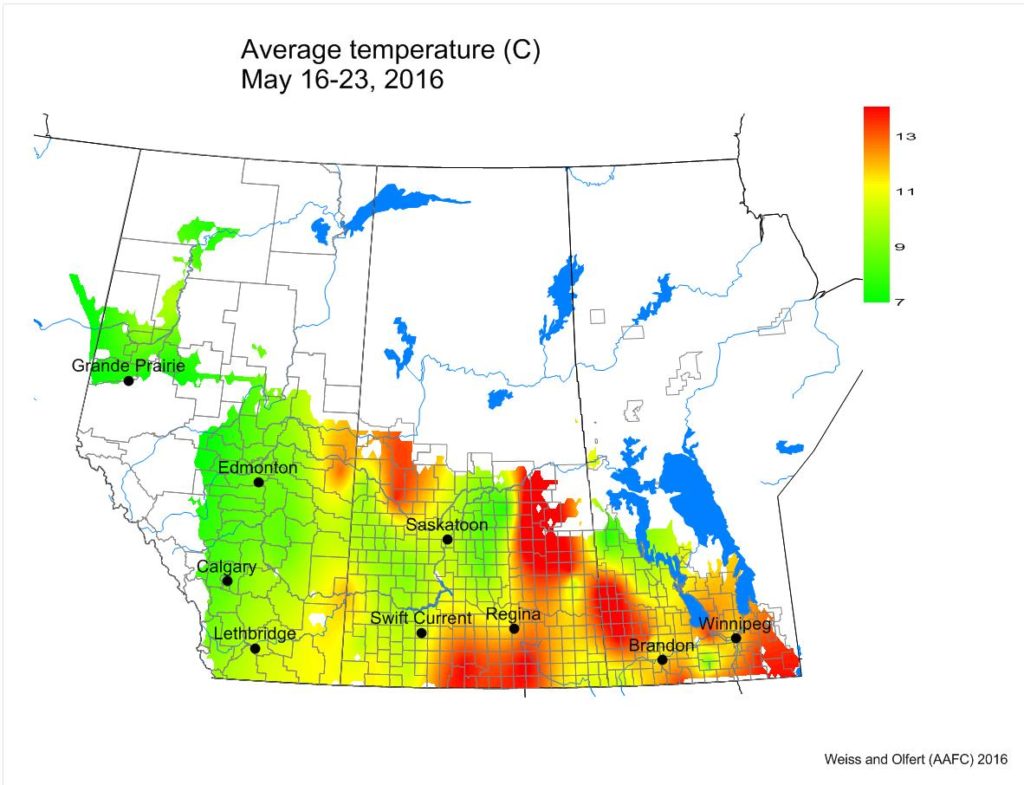 This past week, many Albertan locations reported significant rainfall amounts while minimal amounts were reported for Saskatchewan and Manitoba. 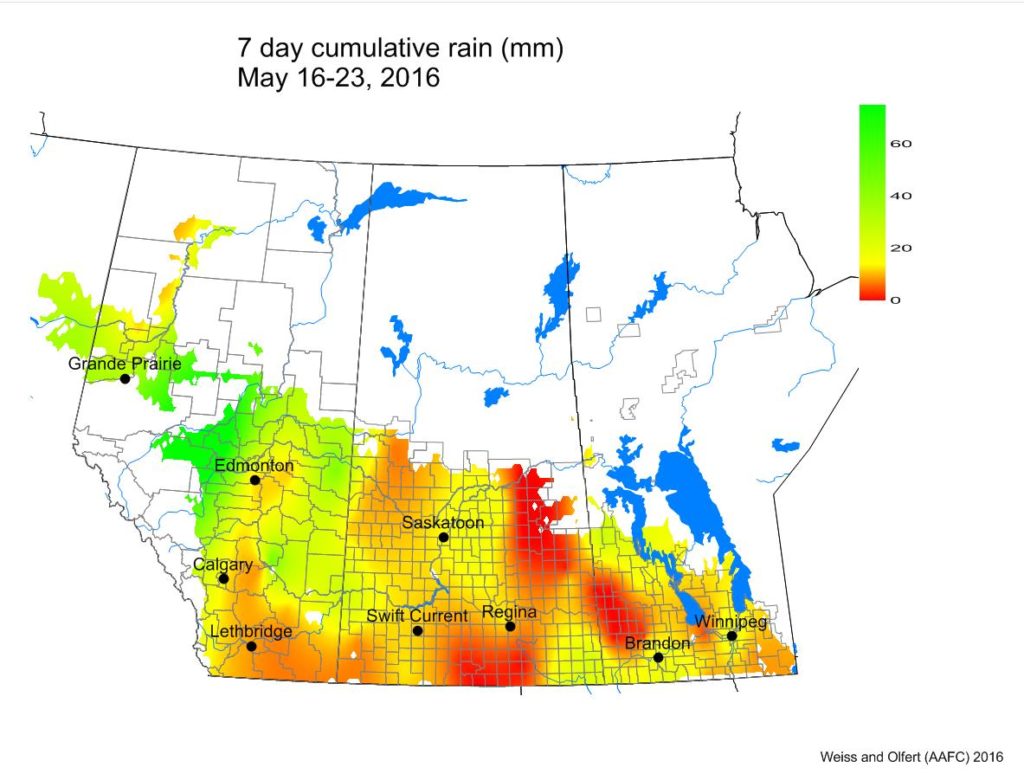 The map below reflects the Accumulated Precipitation for the Growing Season so far for the prairie provinces (i.e., April 1-May 24, 2016): 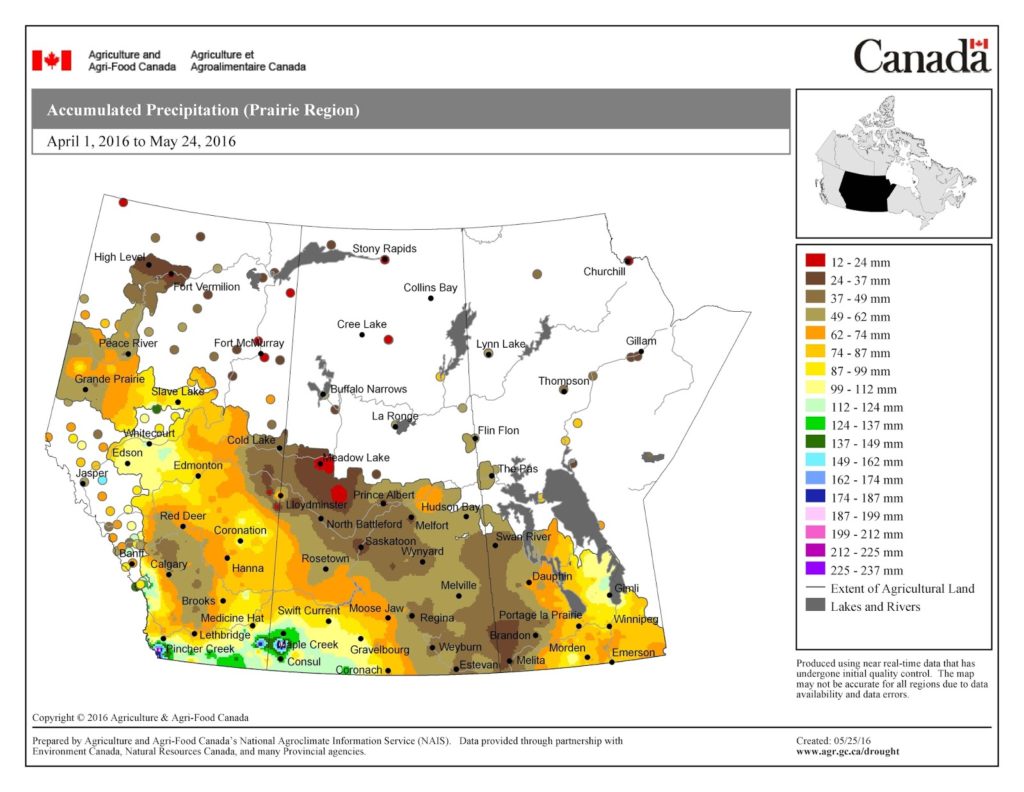 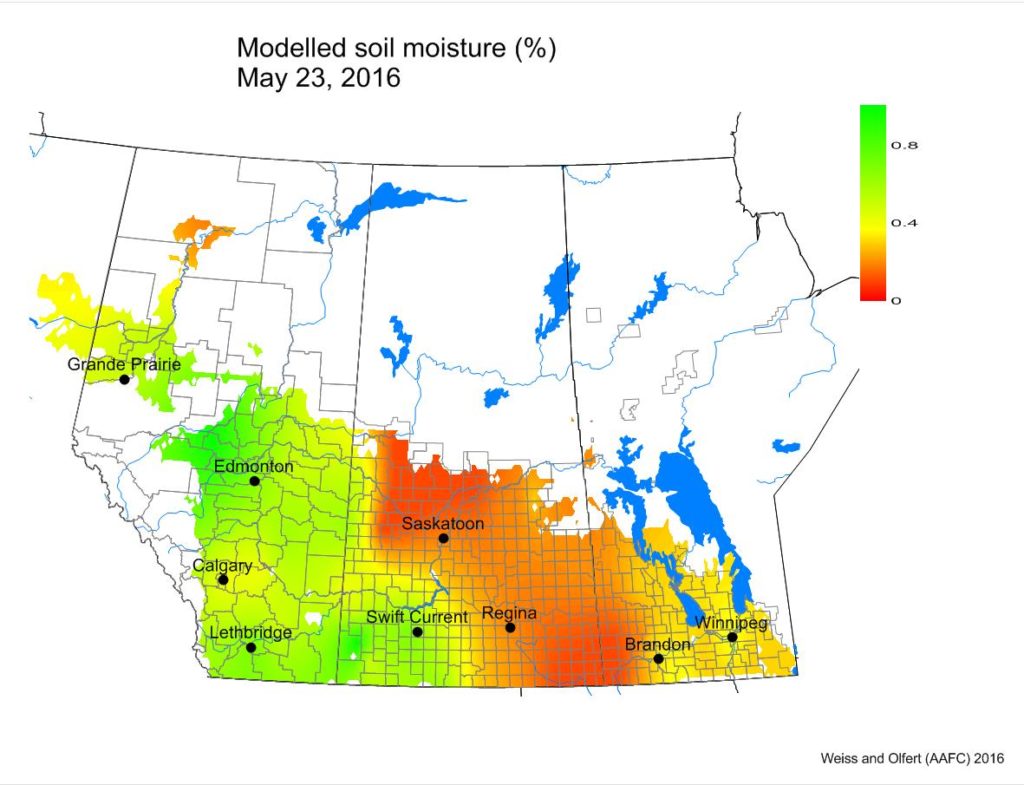 Again cooler temperatures put newly emerging crops at risk.  The map below shows the Lowest Temperatures the Past 7 Days (May 18-24, 2016) across the prairies: 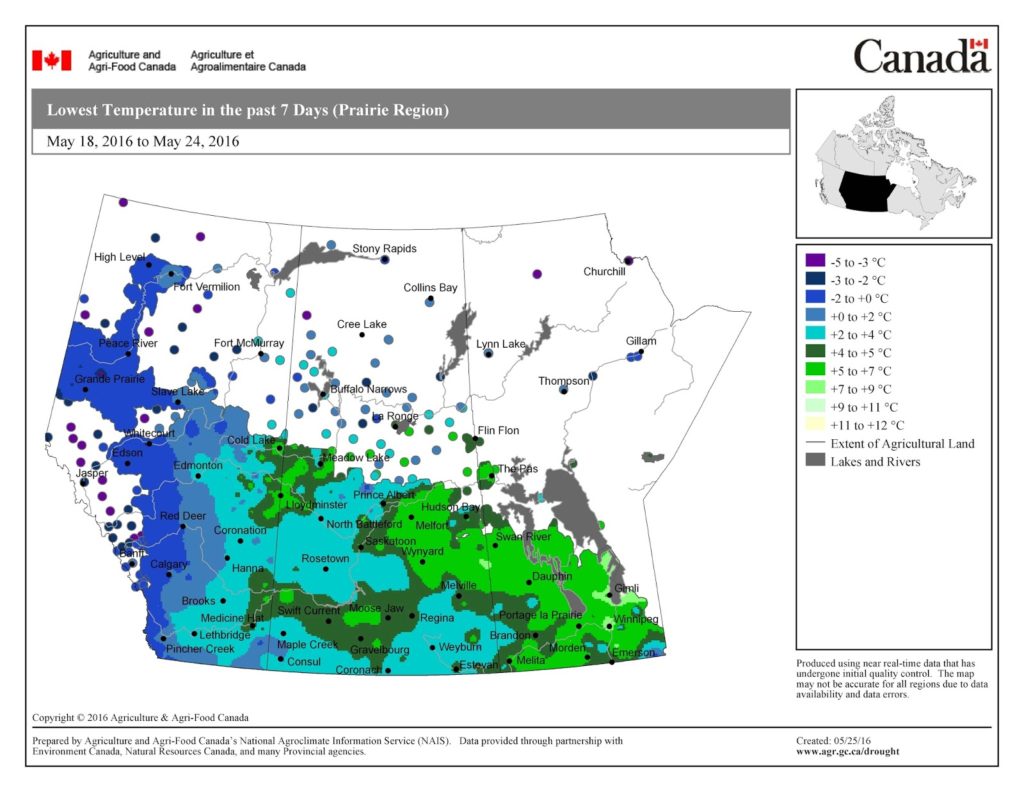 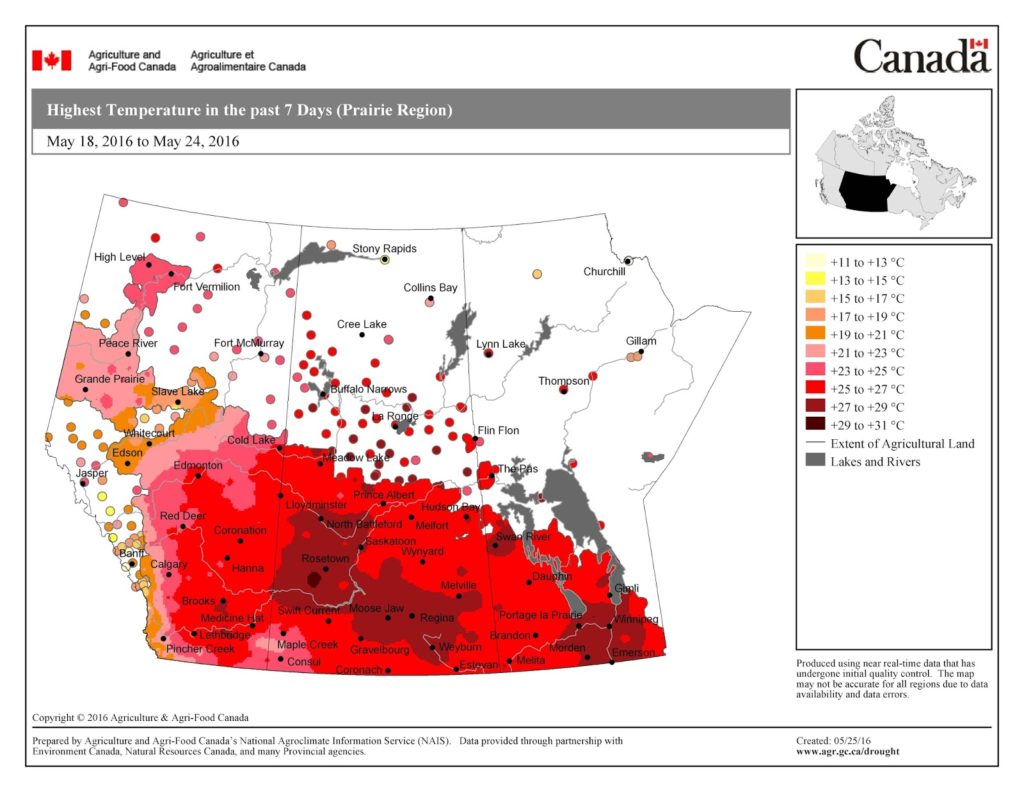 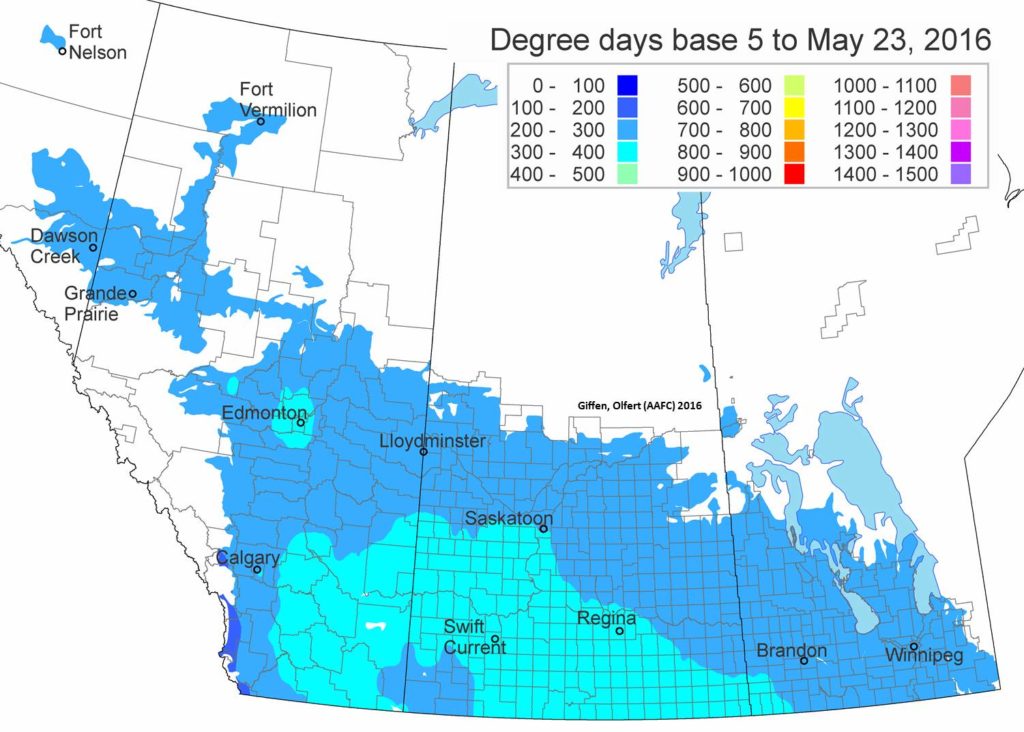 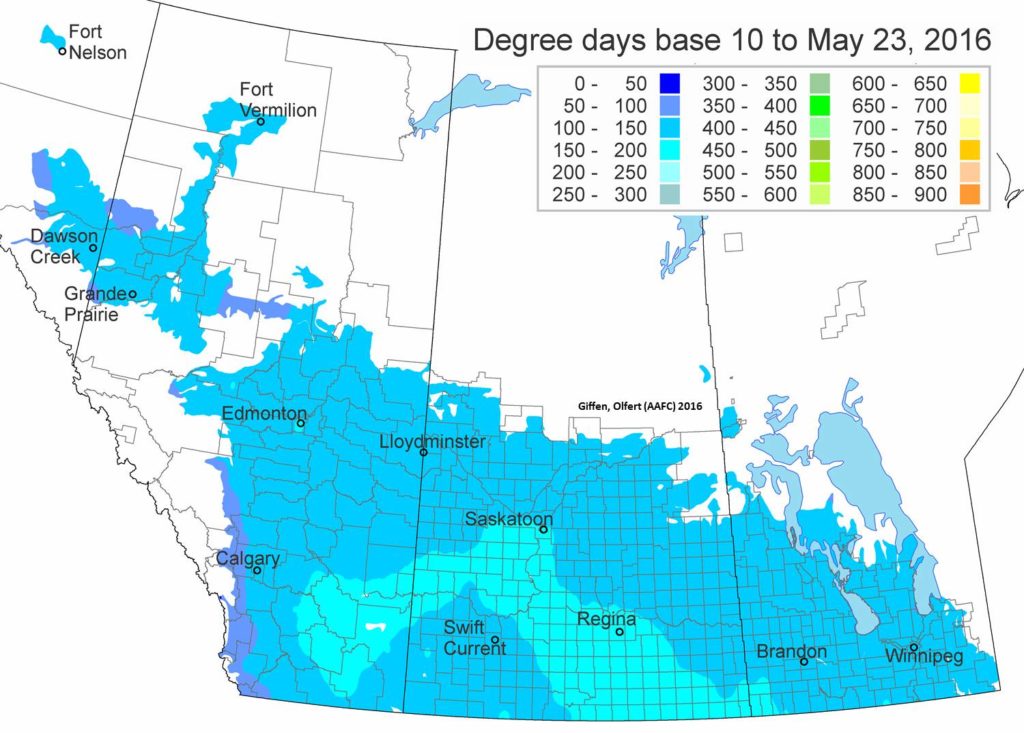 
In the article, the map is described as,  “general conditions in general areas” but it estimates subsoil moisture from three inches to four feet.


For reference, a copy of Les Henry’s map is included below but please link here to read the entire Grain News article. 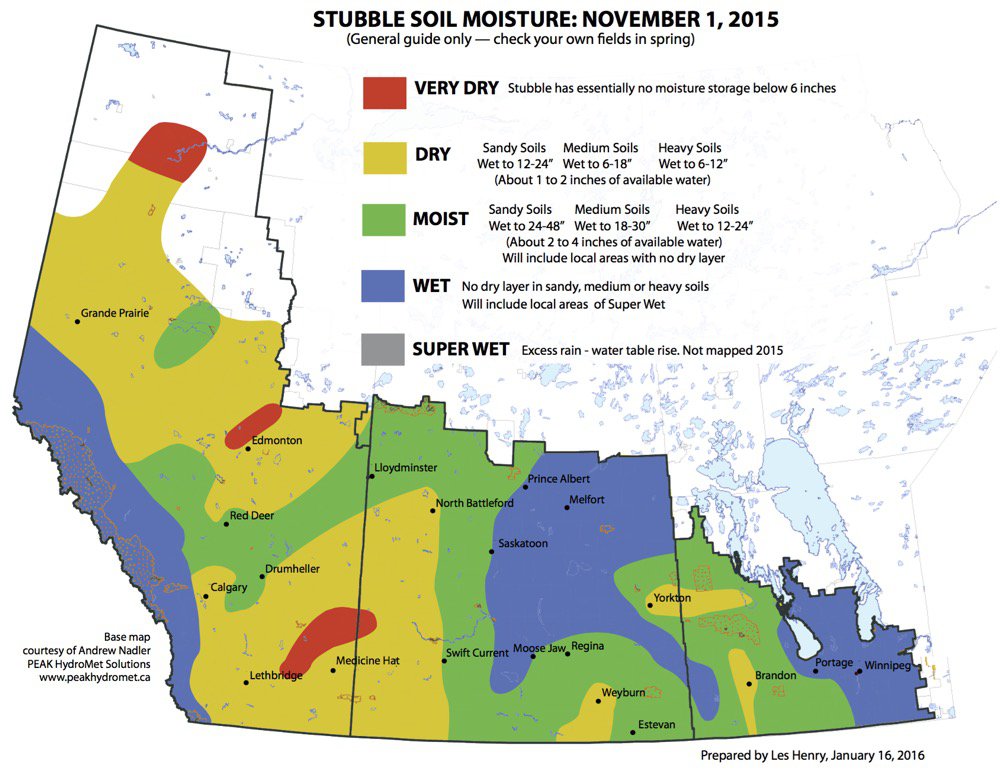