This week’s Insect of the week is the red turnip beetle (Coleoptera: Chrysomelidae). This beetle is 7-10 millimeters long and has a distinctive red body with black markings on the head and thorax, and three black stripes down its back (elytra). They feed on mustards, canola, cole crops, and cruciferous weeds (except stinkweed).

They overwinter as reddish brown oval eggs in the soil. Adults emerge in the spring to feed for 2-3 weeks before re-entering the soil to escape the summer heat. When they re-emerge, they disperse throughout the host crop, feeding, mating, and laying eggs (300-400/female). Feeding damage can cause delayed harvest or need for re-seeding to replace killed plants. Later in the season they feed on leaves, stems, and pods. Attached pods are prone to premature shelling.

For more information about the red turnip beetle, have a look at our Insect of the Week page!

This week’s Insect of the Week is the red turnip beetle (Entomoscelis americana Brown) (from the new Field Crop and Forage Pests and their Natural Enemies in Western Canada – Identification and Management Field Guide – download links available on the Insect of the Week page). 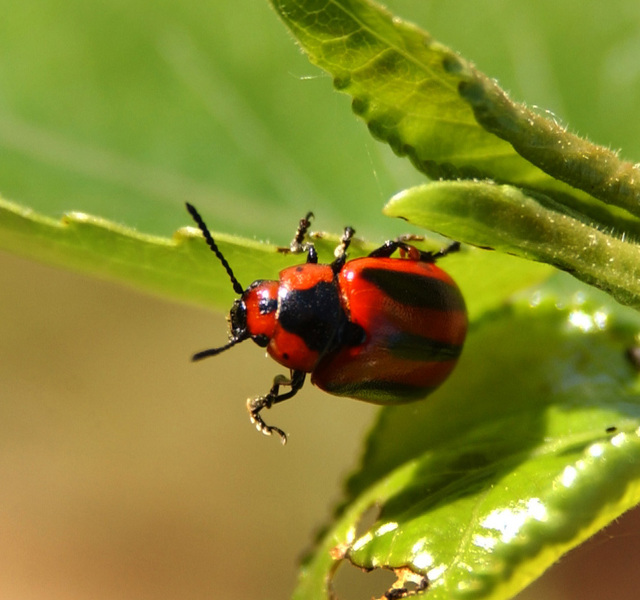