Earlier this summer (Week 14), the true armyworm (Lepidoptera: Noctuidae: Mythimna unipuncta) was reported on the lower west coast and a summary was provided by Tracy Hueppelsheuser (BC Ministry of Agriculture).

Tracy kindly provided an update to the situation…. The initial true armyworm damage reported earlier did not relent and a second generation of voracious larvae continued to cause damage in late August through to late September in southwestern British Columbia.  In addition to Vancouver Island (hit a second time), true armyworm larvae showed up south of Abbotsford, Sumas, Matsqui, Dereoche, as well as east through Chilliwack (Greendale, Rosedale), and west all the way to Delta and Westham Island.  The outbreak resulted in damage to grass fields and even corn was defoliated and cobs damaged!

True armyworm pupae were observed mid-September and moths are expected over the next while in lower BC.  A third generation is anticipated but is not expected to cause as much damage owing to the cooler nights (~8°C) which should slow insect development and feeding.  Parasitism was noted which is good news in terms of natural enemies responding to the outbreak.  Also, lots of bird feeding activity has been observed although the birds’ seeking and feeding activities have also damaged grass fields!

The outbreak of true armyworm in lower BC appears to be part of a larger outbreak that has similarly afflicted western Oregon and Washington this year.

Find more information on true armyworms in the NEW Cutworm Field Guide, free and downloadable in 2017!


Screenshots of true armyworm from the Cutworm Field guide are also shown below: 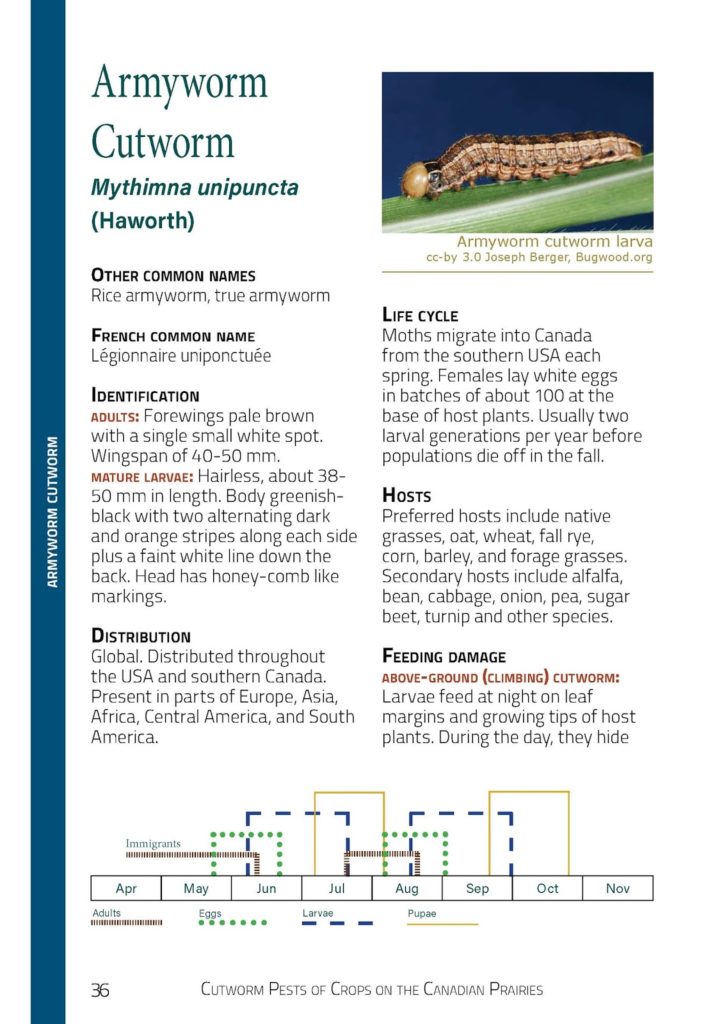 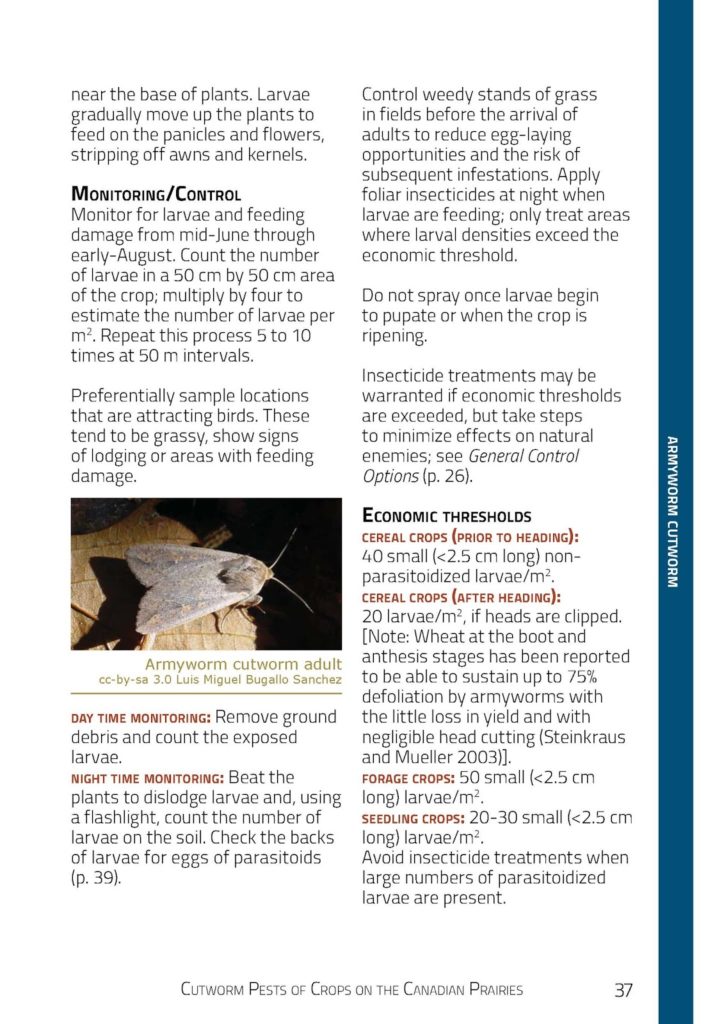 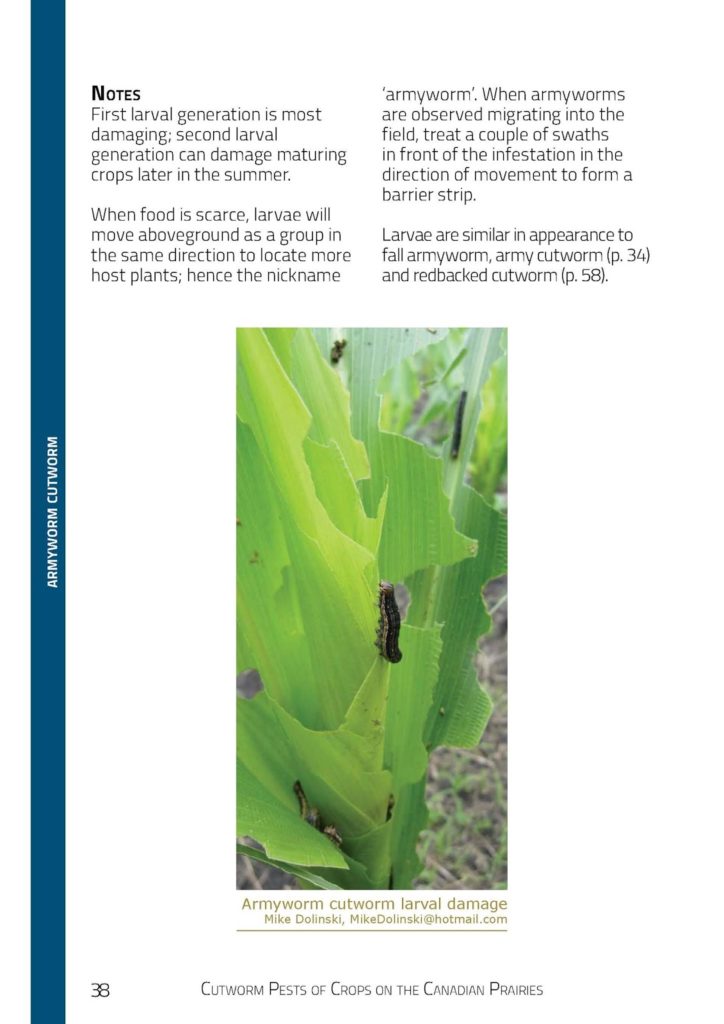 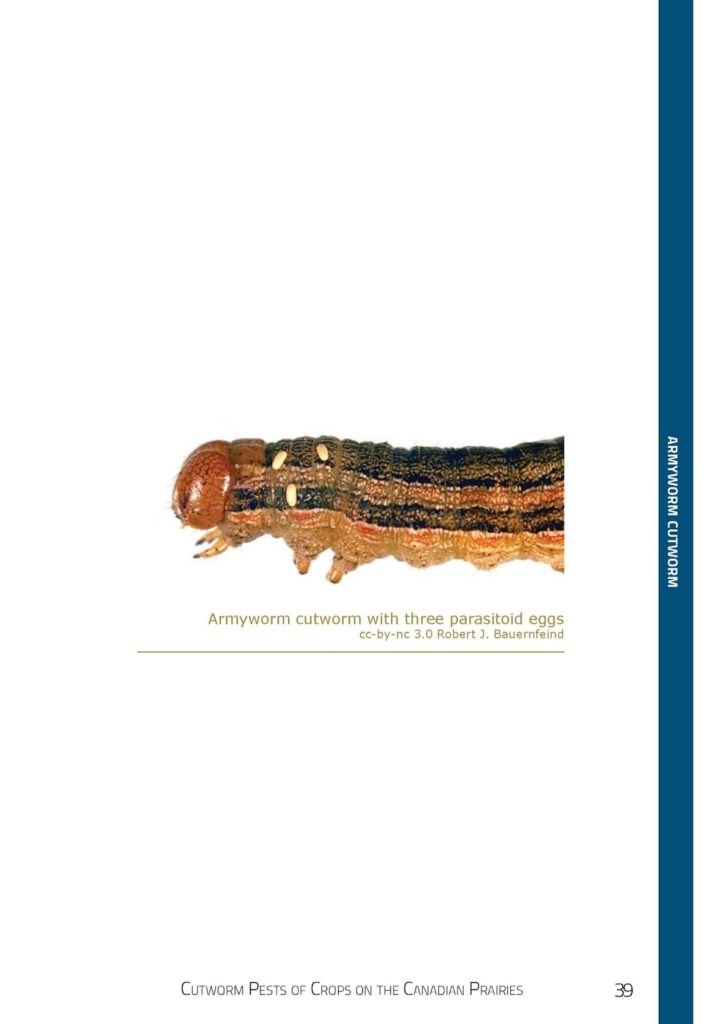 Update from the field….

Many prairie growers have a cutworm or armyworm story of woe but this time around growers on Vancouver Island near Port Alberni contended with an unusual pest – True armyworm (Mythimna unipuncta) in high densities were eating up hay fields and pasture!  Thanks to Tracy Hueppelsheuser with the BC Ministry of Agriculture who shared this CTV news clip.


Remember the NEW Cutworm Field Guide is free and downloadable in 2017!