This week’s insect is the ground beetle, Pterostichus melanarius (Coleoptera: Carabidae).  This large (12-19 mm), shiny black beetle originates from Europe and probably arrived to North America in the 1920s in ships’ ballasts. It has become a widespread insect throughout North America, particularly in habitats used by humans: urban areas, forests, and agricultural land.

Flight has been the main method of colonization and dispersal for this species. In newly arrived populations of P. melanarius, individuals generally have longer hind wings which allow for more efficient dispersal. After a population has become established in an area, short-winged morphs of the species become dominant.

This species is an excellent example of a generalist predator. Generalist predators include many species of ground beetles, some rove beetles, ants, centipedes and spiders. These arthropods are not picky when it comes to choosing a meal. For example, P. melanarius will eat nearly anything including many different arthropods, earthworms, slugs and even some small vertebrates. Generalist predators are effective in keeping some insects from reaching high numbers that can damage agricultural crops.

Find out more about ground beetles and Pterostichus melanarius at the Insect of the Week page!

This week’s Insect of the Week is a large group of insects called ground beetles, also known as carabid beetles. Many species feed on cutworms as well as other pests.

Almost 400 different species of ground beetles occur on the Prairies, ranging in size from just a few millimetres to more than 2 centimetres. A field may contain 50 or more species, with densities ranging up to 10 beetles per square meter.

Ground beetles are characterized with long threadlike antennae, have a body that is flattened top-to-bottom, and have strong legs designed for running, large eyes, and obvious jaws (mandibles). Smaller ground beetle species can be important predators of cutworm eggs. Larger species attack and kill fully-grown cutworm larvae.
With all the work they do protecting your crop, ground beetles are real @FieldHeroes.
Find out more about ground beetles at the Insect of the Week page!
For a detailed review of ground beetle research, biology, distribution, habitat, diet, etc., see Chapter 1: Ground Beetles (Coleoptera: Carabidae) of the Prairie Grasslands of Canada.
**NEW – Don’t forget there’s a new cutworm identification manual you can download from the Cutworm Field Guide page – NEW** 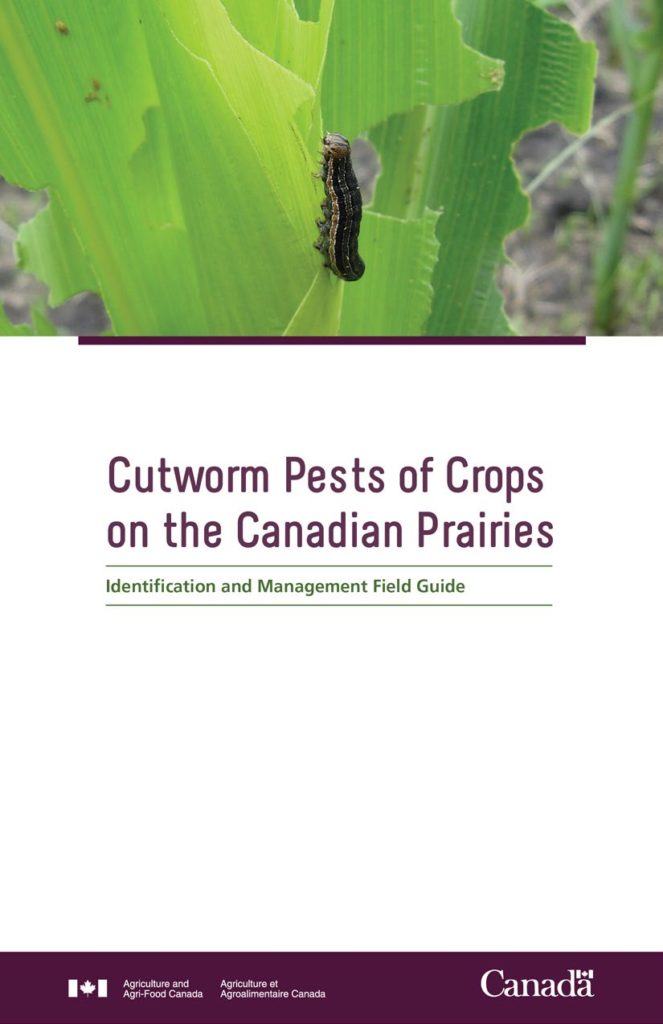 Insect of the Week – Ground beetles


This week’s Insect of the Week is the ground beetle. There are nearly 400 known ground beetle species on the prairies. Some of these provide important pest control service: eating redbacked cutworm eggs, grasshopper eggs, pea leaf weevil eggs, cabbage maggots and diamondback moth larvae. See more information in the new Field Crop and Forage Pests and their Natural Enemies in Western Canada – Identification and Management Field Guide for identification, life cycle and conservation options (download links for field guide available on the Insect of the Week page). 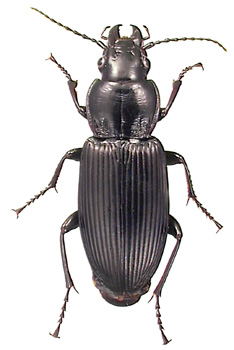 The ground beetle Pterostichus melanarius can help prevent pest outbreaks of diamondback moth (Plutella xylostella). © Canadian Biodiversity Information Facility (www.cbif.gc.ca)
For those that just can’t get enough about the fascinating world of insects, Ground Beetles (Coleoptera: Carabidae) of the Prairie Grasslands of Canada is a recent literature review on the topic.